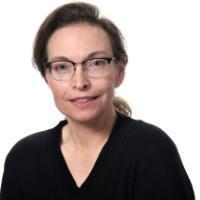 CNS control of states of arousal and sleep

Individuals who are drug addicted exhibit motivated drug seeking behavior. This is a highly aroused state in which the focus of the addict is entirely directed towards acquisition of the drug of choice. One strategy to combat addiction is to decrease the prioritized motivational value of the drug by targeting levels of arousal.  Drug addiction is a disease of the brain, not a personal choice, which highlights the need for further research to define novel targets to combat this devastating mental condition.   Our group conducts experiments designed to elucidate the neurobiology underlying excitation of neural areas involved in arousal by drugs of abuse, with the hope that reduction of this arousal will diminish drug reward and thereby facilitate abstinence.

During a 24 hour day, humans cycle from different behavior states spanning the gamut from highly aroused to deep sleep.  High levels of arousal are paramount for the focus of attention required for high-levels of cognition and complex learning; however, the function(s) of the states of sleep remains a mystery.   One approach to elucidation of the function of sleep is to determine the neurobiology underlying the elimination of wakefulness and generation of the states of sleep.  Accordingly, work in our laboratory is conducted to elucidate the neuroactive chemicals involved in mediation of sleep and the level of arousal.  Moreover, we investigate changes in sleep patterning associated with other arousal disorders, such as depression and stress.  In addition, we examine the actions pharmacologic agents have on activity levels of neurons importantly involved in generation of arousal state to gain understanding of the mechanisms of action of clinically relevant drugs.