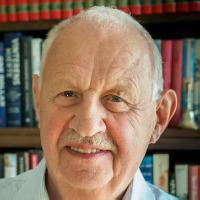 Povl Krogsgaard-Larsen is professor of medicinal chemistry at The Department of Drug Design and Pharmacology, Faculty of Health and Medical Sciences, University of Copenhagen. He achieved his PhD degree in 1970 in natural product chemistry. As Associate Professor, he established a research programme focusing on conversion of naturally occurring toxins into specific pharmacological tools and therapeutic agents. Key lead structures in this research programme were the Amanita muscaria constituents, muscimol and ibotenic acid, and the Areca nut alkaloid, arecoline, all of which interact nonselectively with GABA, glutamate, and muscarinic receptors, respectively. Re-design of muscimol resulted in a variety of specific GABA agonists, notably THIP and isoguvacine, and specific GABA uptake inhibitors, including nipecotic acid and guvacine. Ibotenic acid was converted into a broad range of subtype-selective glutamate receptor agonists including AMPA, which gave name to the AMPA receptor subgroup. Arecoline was re-designed to provide a variety of subtype-selective muscarinic agonists and antagonists. Whereas nipecotic acid was subsequently developed into the antiepileptic agent, tiagabine, THIP has been in clinical trials for a number of years.

In 1980, Povl Krogsgaard-Larsen acquired hid DSc degree, and he has published about 440 scientific papers. He has edited a number of books, and he has been European Editor of Journal of Medicinal Chemistry during the period 1998-2013. He has been awarded honorary doctor degrees at Strasbourg (1992), Uppsala (2000), and Milan (2008) Universities. He has received numerous scientific awards and prizes, and he is member of a number of academies, including The Royal Danish Academy of Sciences and Letters. In 2002, he founded Drug Research Academy as an academic/industrial research training center. He was chairman of the Boards of The Carlsberg Foundation and of Carlsberg A/S until 2012. He is currently member of the Board of The Lundbeck Foundation and chairman of the Board of The Grete Lundbeck European Brain Prize Foundation.