Radiopharmaceutical Chemistry in the Herth Group

Within our group, we develop radiopharmaceuticals from bench-to-bedside and use them for example to investigate brain diseases or kill cancers. Thereby, we closely work within an interdisciplinary team which cover research subjects from nuclear physics, medicinal chemistry, pharmacology or medicine

Neuroimaging - Visualizing receptors in the CNS

Positron emission tomography (PET) is a imaging technique which can be used to generate three-dimensional pictures of a given compounds distribution in the body. In affiliation with the research center CIMBI we are developing new selective PET ligands for a range of different CNS-targets and investigated them as PET-ligands.

Nanomedicines have been proven as optimal disease-targeting vehicles, since they generally exhibit superior target uptake and retention in comparison to many other targeting constructs (e.g. mAb fragments and peptides). For example, human epidermal growth factor receptor 2 (HER2)-positive breast cancers can be treated with targeted therapy using trastuzumab. An outstanding therapy response rate up to 86% has been observed. Unfortunately, only 20-25% of all breast cancer cases are HER2-positive and the treatment is expensive (in Denmark ~40,000 EUR/year). Therefore, it is a prerequisite to test whether a patient is HER2-positive before such treatment is initiated. In this regard, positron emission tomography (PET) companion diagnostic imaging can be used to select patients and monitor therapy. Whereas radiolabeled and fast-clearing HER2-binding antibody fragments can be used for HER2 patient selection, other essential companion diagnostic aspects - for example the target-binding characteristics and the in vivo fate of the parent mAb drug - are less well covered by looking at a smaller fragment.

To date, there are no technologies available that allow for the direct in vivo monitoring of the parent, slow clearing monoclonal antibody, with minimal patient radiation doses.
Long-lived radionuclides such as zirconium-89 (89Zr; half-life of 3.3 days) must be used to be compatible with the slow pharmacokinetics of mAbs. This results in a substantial and by most viewed as unacceptable radiation dose, especially to the bone marrow (radionuclide dilemma).For example, a 89Zr-labeled mAb was reported to result in a mean effective dose of 0.66 mSv/MBq for women.
In comparison, 18F-tracers (fluorine-18, half-life of 110 min) result in effective doses of approximately 0.02 mSv/MBq (ca. 30 times lower) and thus in a substantial lowered radiation burden. An effective dose of 0.66 mSv/MBq restricts repeated applications, the absolute radioactivity amount that can be administered and the human populations that can be imaged. Also, when 89Zr- labeled mAbs are administered a poor image contrast (target-to-background) is obtained due to long-circulating, radiolabeled mAb. Figure 1a exemplifies this dilemma.

In vivo click chemistry circumvent these major limitations using a pretargeting approach that separates the targeting from the actual imaging process.
In this regard, a tagged nanomedicine  is administered and allowed to bind to the target (for example, to a receptor over-expressed on a tumor) as the first step. Subsequently, a fast-clearing, short-lived radiolabeled imaging probe is administered. The imaging probe then binds to the target-bound mAb, enabling imaging (in vivo click chemistry, Figure 1b). PET scan snapshots at multiple time points provide long-term imaging information by applying short-lived radionuclides. This strategy reduces the absorbed radiation dose resulting in a boost in target-blood ratios, as the nanomedicine can be imaged at a time point when the blood concentration of unbound nanomedicine has lowered to an acceptable level.

PET tracer development is usually guided by medicinal chemistry structure activity relationship (SAR) studies, where affinity, selectivity towards a certain target and lipophilicity is optimized. Based on these, a few compounds are selected, subsequently labelled and finally evaluated.
Carbon-11 (t1/2 20.4 min) is often the chosen nuclide for development research due to the possibility to conduct repeated PET studies in the same subject within hours. Traditionally, a last-stage 11C-methylation strategy is applied, whereas multi-step syntheses involving 11C-labelled intermediates are thought to be inferior due the short half-life of carbon-11 and thus lower radiochemical yield (RCY).

We recently developed a carbon-11 labelled radiotracer for the 5-HT2A receptor. During the development phase, we screened > 12 ligands synthesised from a classical labelling approach of anisols. This required the synthesis of specific precursors for each tracer resulting in 24 additional precursor synthesis steps. Therefore, we became interested in developing a new approach that would provide ready access to this class of tracers and circumvent the need for arduous precursor synthesis.Inspired by the use of 18F-labelled benzaldehydes for 18F-labelling of related compounds, we aimed to develop a similar procedure based on an early-stage 11C-labelling of a simple fragment, which could subsequently be coupled to any amine via a reductive amination step.

We believe that such a 2-step radio synthesis is advantageous compared to late-stage labelling – in particular in the preclinical screening phase, because necessary precursor synthesis steps are minimized since the needed amines already have been prepared during the synthesis of the target compounds. Although this labelling approach has been reported in the literature, it has not been applied to the synthesis of a library of PET-ligands as detailed herein. Computational approaches to predict the in vivo behaviour of radiolabelled compounds based on in vitro characteristics are unreliable, and the development of new PET-tracers is still largely a “trial-and-error game”. 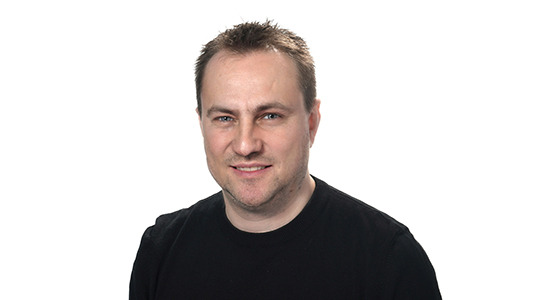