We are developing new chemical probes and tools that will help us to elucidate the underlying mechanisms responsible for the regulation of drug-relevant targets within the CNS. The starting point for such projects are often natural products with interesting structural and pharmacological properties.

We are focussing of the design and synthesis of new small molecules inspired by the function and complexity of natural products.

The complex relationship between humans and mind-altering drugs has evolved over thousands of years with mescaline, DMT and psilocybin as prominent examples. Within the western scientific community increasing interest in the healing potential of classic psychedelics, especially psilocybin, has led to numerous promising clinical studies over the decade.

In our research, we are trying to develop new tool compounds that can help to uncover the mechanism of action of psychedelics. Psychedelics mediate their effects via activation of the serotonin 2A receptor – in other words: 5-HT2AR agonism is the common pharmacological denominator of psychedelics. The design, synthesis and biological characterization of novel chemical entities derived from mescaline, has been key in the development of the PET-tracer [11C]Cimbi-36 which is currently being used to map 5-HT2AR sin the human brain and the discovery of 25CN-NBOH - one of the most selective 5-HT2AR agonists reported in the literature to date.

Additionally, we have established the spinout company Lophora wherein we are developing 5-HT2AR agonists as new drugs for various CNS disorders.

Erythrina Alkaloids were first isolated from species of Erythrina at the end of the 19th century. Extracts from these plants were found to have curare-like neuromuscular blocking effects, and a systematic phytochemical examination of the genus Erythrina was initiated. Today more than 100 Erythrina Alkaloids have been isolated.

We have been investigating the structure activity relationships of these natural products on the Neuronal Nicotinic Acetylcholine Receptors (nAChRs). The involvement of nAChRs in a number of different decease states of the CNS (such as ADHD, Alzheimer’s and Parkinson’s disease, substance abuse and pain) has made this class of receptors a popular target for drug discovery.

Within the Marie Curie Training network SAFER we are striving to develop new functionallyselective ligands for the Serotonine 2A receptor. Learn more here.

We offer a wide variety of different projects within the areas of organic/total synthesis, Medicinal Chemistry and Radiopharmaceuticals/PET-ligands. Please contact Jesper L. Kristensen for further info - we are always looking for new talent to join the group. 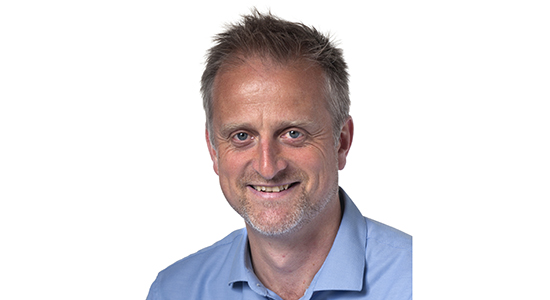