The Faculty of Health and Medical Sciences and the Department of Drug Design and Pharmacology have welcomed Lennart Bunch as Professor of Medicinal Chemistry. 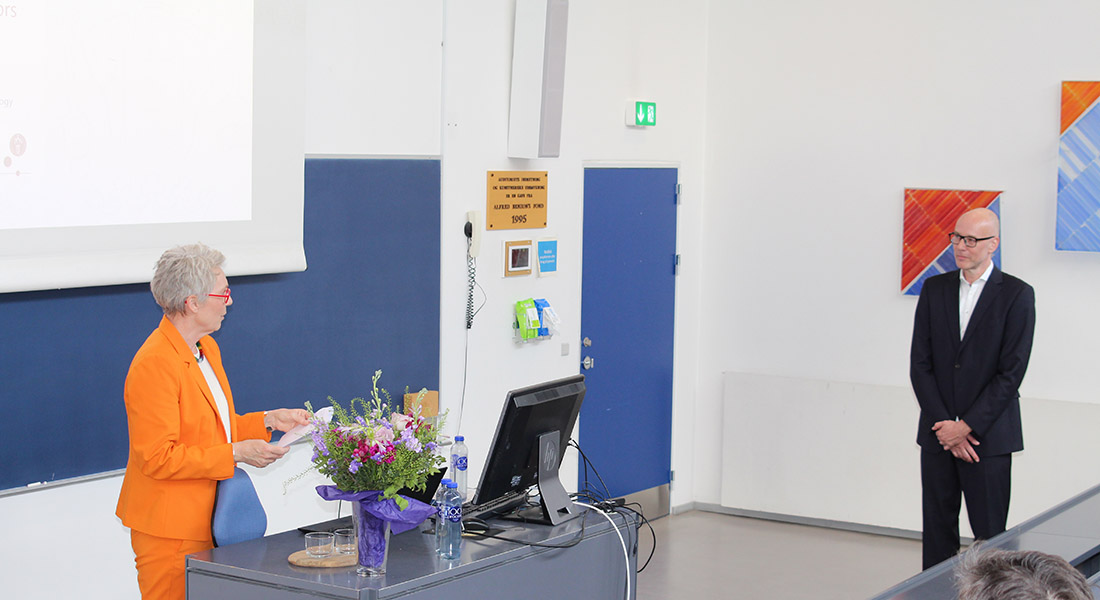 Trine Winterø, Vice-Dean for Innovation and External Relations, inaugurated the new professor, who then gave a lecture with the title “20 Years of Hammering on the Orthosteric Sites of the Glutamate Receptors- Was it worth it?”.

In her speech, Vice-Dean Trine Winterø pointed out that Lennart Bunch is also a creative person who paints and composes music, and she sees a parallel between the creative artistic process and research:

“Often in research, you do not know where you are going: We are in “a new area of cognition”, Jorn called it. Also, you are quite likely to fail in the process: “To get anywhere, one must choose one's mistakes. I chose experimental acts.” he said.

I don’t know if you paint in the same style as Jorn, but you can probably relate to Jorn’s words. Being a painter or a researcher, you are quite likely to fail in the process. Yet, being a researcher, a creator of new knowledge and experimenting, is so intriguing, that we keep going. Working with dedication and passion.”

Head of Department Helle Waagepetersen gave a speech later at the reception, highlighting the new professor’s many different roles, besides being a highly esteemed researcher and leader of Center for Medicinal Chemistry:

“You are discipline leader, and you have taken and shaped this role to fit you – which is important in order to be an authentic leader. You were also frontrunner on defining the lab manager role. You are great at delegating tasks and initiating the processes needed to make the changes that you believe is necessary for the community.

You are also a teaching group leader, which I hope will be the other playground for your inherent eagerness to disrupt and develop.

You dare to say aloud what you believe in - also when you know for sure it will not be popular among your colleagues and leaders. We need that! And thank you for reminding me of our principles and values: Why are we here? – We are here to make impact.” 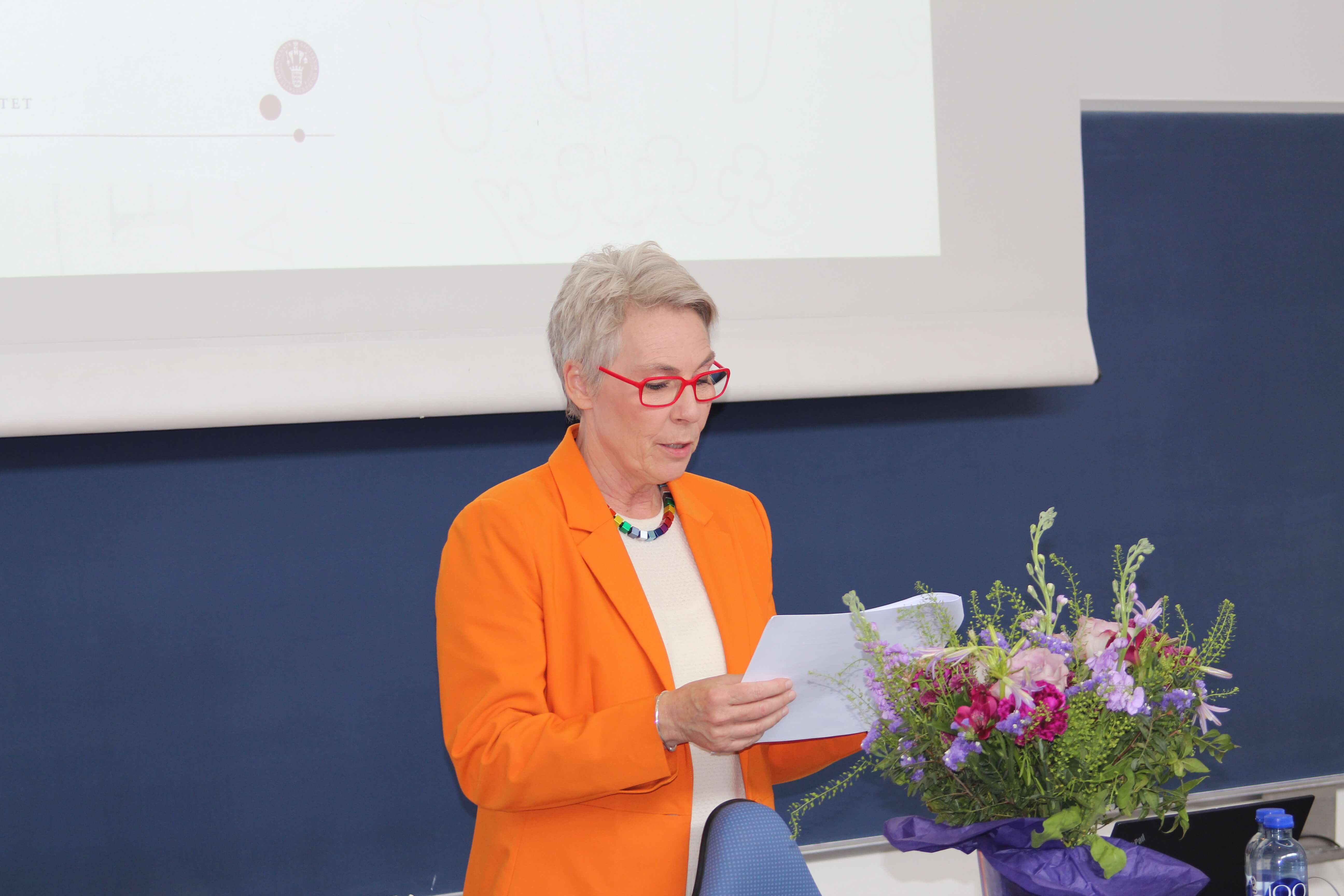 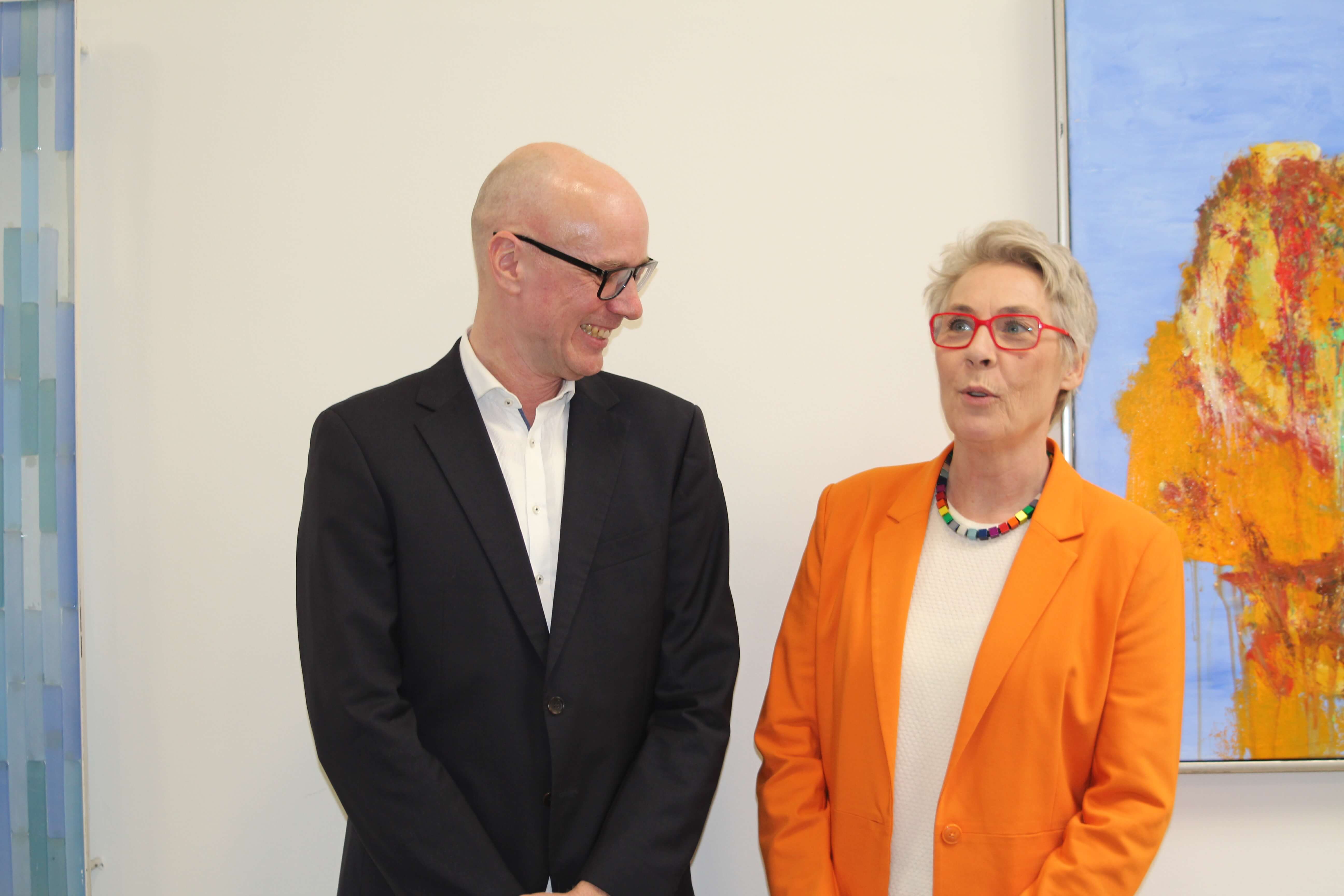 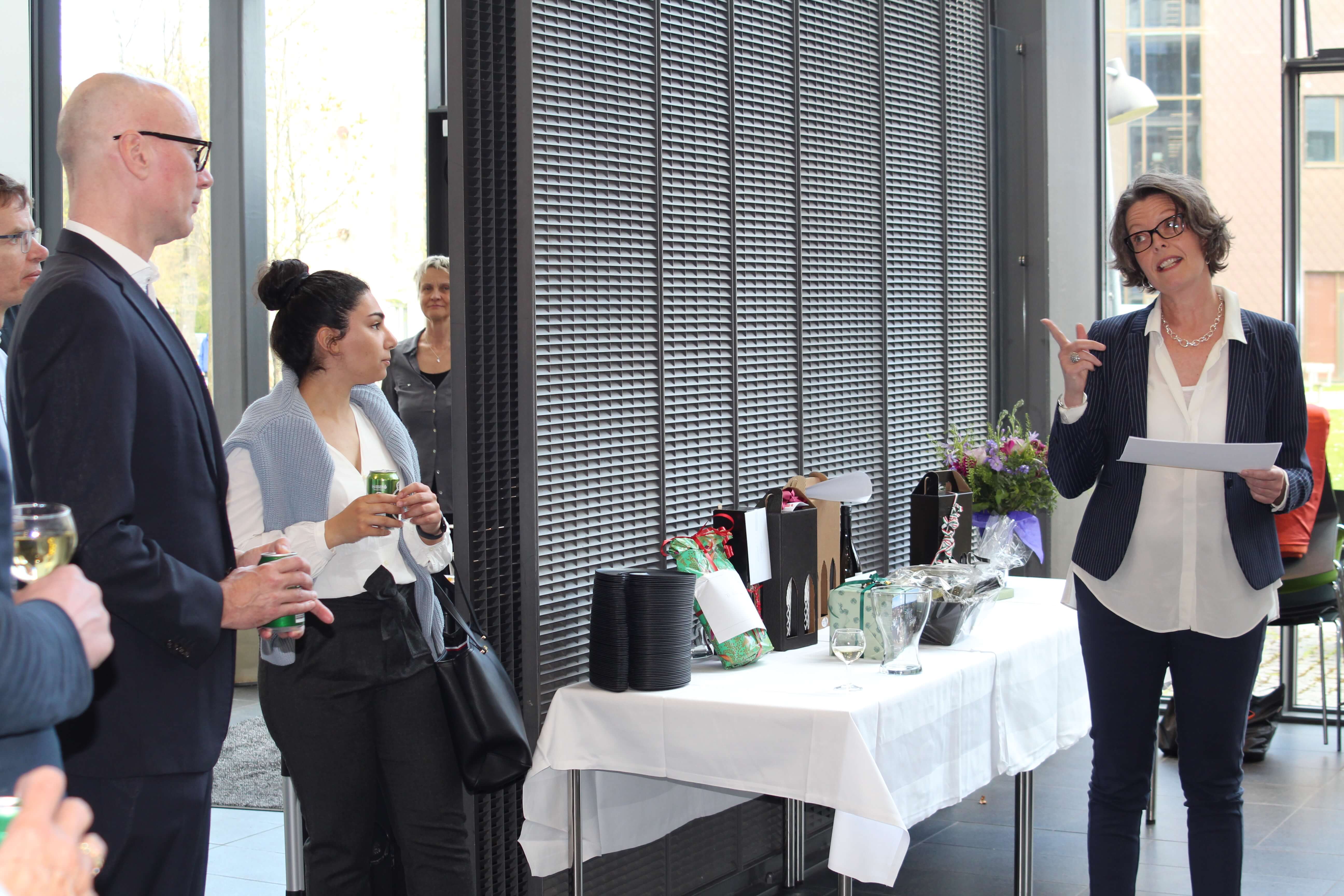 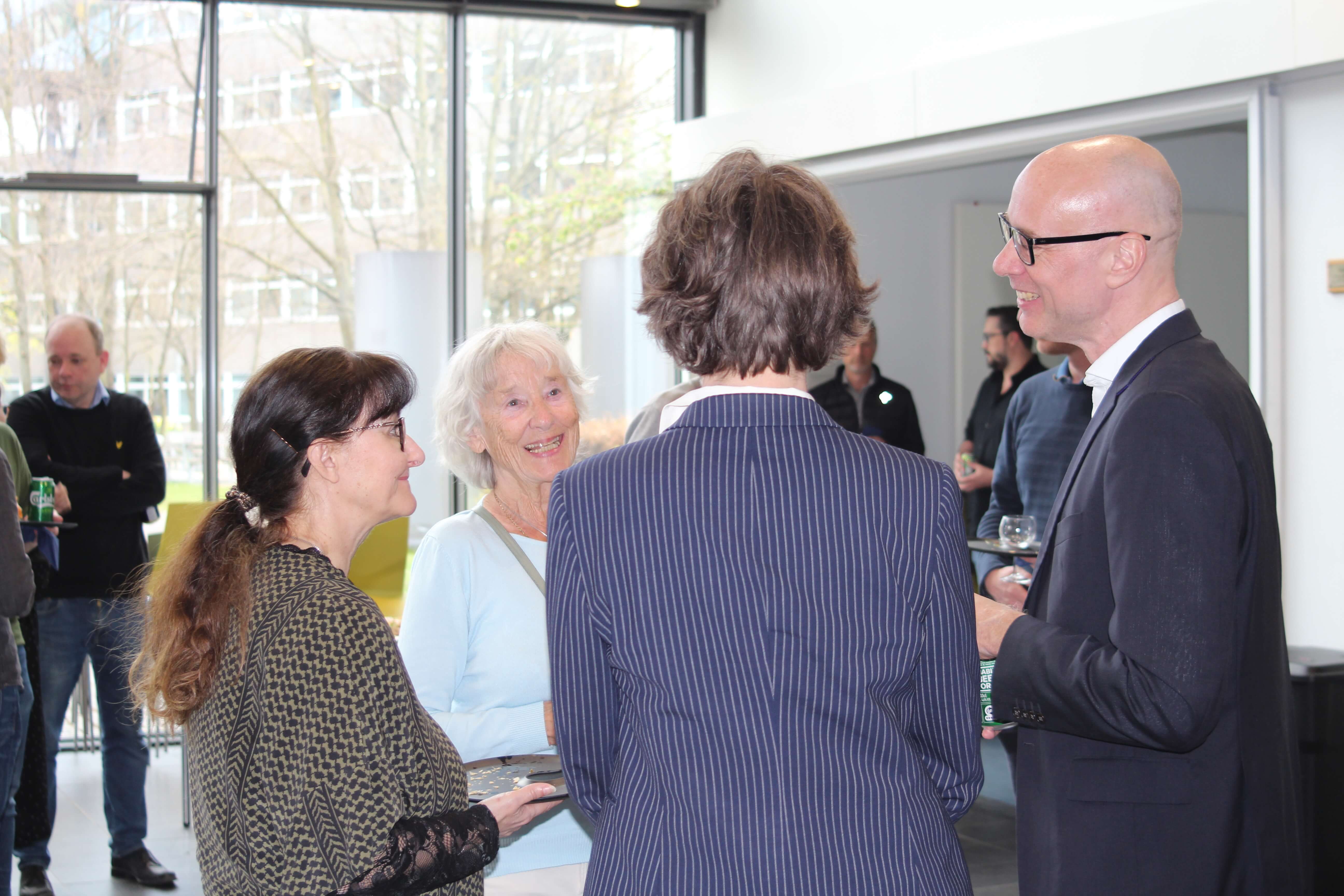