We study the biochemical and cellular mechanisms underlying energy and amino acid metabolism in the mammalian brain, as well as metabolic brain disorders.

The research in NeuroMet is focused on energy and amino acid metabolism in the mammalian brain. Primary mouse cell culture systems of neurons and astrocytes from cerebral cortex or cerebellum are extensively employed. In addition, genetically modified animals, organotypical hippocampal cultures, acutely isolated brain tissue, isolated mitochondria and cell lines are applied as model systems. An array of 3H, 15N and 13C isotopes is utilized in the mapping of metabolic pathways and their regulation. HPLC and mass spectrometry are key analytical tools combined with biochemical assays, protein biochemistry, molecular biology and fluorescence-based assays and imaging techniques.

Camilla W. Nielsen, September 2013. Title: Glutamate dehydrogenase - A study of kinetics and the role of GDH in ATP production.

Mette M.M. Pedersen, November 2012. Title. A study of the effect of GABAergic enhancing compounds on epileptogenesis in the mouse corneal kindling model.

Stina L. Ehlig-Jensen, November 2012. Title. A study of the effect of GABAergic enhancing compounds on epileptogenesis in the mouse corneal kindling model.

Katja Lassen, October 2012. Title: The impact of GDH activity on energy metabolism in melanoma A375 cells.

Anne Hauge, May 2012. Title: The importance of metabolon formation in brain cell metabolism.

Trine Krogsbæk Outzen, August 2009. Title: The effect of β-hydroxybutarate on the release of glutamate from cerebellar neurons: Involvement of ATP-sensitive potassium channels.

Malene Anker, November 2008. Title: Involvement of uncoupling in the effect of an elevated ammonia level in the brain

Linea Obel, September 2008. Title: Studying the basic properties of intermolecular glycogenesis and glycogenolysis in the brain

Stephanie Haut, May 2007. Title: A study of the possible mechanisms underlying the effect of the ketogenic diet.

Anne B. Walls, February 2006. Title: Characterization of a glycogen phosphorylase inhibitor and aspects of glycogen metabolism in the brain.

Anna Klawonn, 2008. Title: Importance of GDH in neurons and astrocytes for maintenance of ammonia homeostasis.

Decline in cerebral glucose metabolism is well established as one of the early pathogenic markers of Alzheimer’s disease (AD) and a potential initiator of neurodegeneration. Impaired insulin signaling, changes in expression and regulation of key enzymes of glucose metabolism and mitochondrial dysfunction all contribute to this hypometabolism.

In NeuroMet we want to characterize the brain hypometabolism in early AD. How does the reduced glucose metabolism develop and how does it affect the disease progression and the vulnerability of neurons and astrocytes?

We are using novel in-vitro models based on neurons and astrocytes either from patient derived tissue or an AD mouse model. By incubating cell cultures with 13C-labeled substrates and subsequently analyzing tissue extracts using nuclear magnetic resonance spectroscopy (NMRS) and mass spectrometry (MS), we get a detailed mapping of the metabolism in the AD models. Furthermore, by using Seahorse Extracellular Flux Analyzer we are able to monitor oxygen consumption to assess the oxidative capacity in the AD models. To evaluate the vulnerability of the cells we apply different AD stressors.

This project will contribute to validation of the AD models used and pave the way for a novel understanding of the coupling between brain energy metabolism and AD. This may lead to a highly needed new approach in AD treatment.

Type 2 diabetes mellitus (T2DM) has reached pandemic proportions as it is estimated that around 7% of the adult world population suffer from T2DM. The effect of T2DM on the human CNS has gained more attention recently as it is becoming evident that T2DM is a risk factor for the development of Alzheimer’s disease. Altered brain energy metabolism is a preclinical symptom of dementia and it has been hypothesized that this could be a mechanistic link between T2DM and Alzheimer’s diseases.

We are studying the effect of T2DM on brain energy metabolism using a common T2DM animal model: the db/db mouse. This transgenic mouse expresses dysfunctional leptin receptors, leading to hyperglycemia and obesity due to overeating.

By investigating brain energy metabolism in acutely isolated brain slices, mitochondria and synaptosomes, we hope to mechanistically unravel some of the mechanisms at work. We apply several different experimental setups and analytical methods, including incubations with stable isotopes (13C) with subsequent analysis by GCMS and HPLC and state-of-the-art mitochondrial assays using the SeaHorse XFe96 flux analyzer.

Our research could help to prevent dementia amplified by T2DM or even reveal possible basal mechanisms to the development of Alzheimer’s disease.

Metabolism in the ageing brain

How does the brain change in old age? And, can these changes explain the cognitive decline observed in otherwise healthy old individuals? In this project we seek to elucidate alterations in cellular energy metabolism and neurotransmitter homeostasis in the aged mouse brain, hoping to reveal potential targets for counteracting the detrimental effects of brain aging.

The effects of aging on brain functions, especially those involving learning and memory, possess a serious threat to the quality of life in otherwise healthy individuals. The effects have primarily been studied in neurons, and therefore the aim of our current studies are to investigate the effects in astrocytes; a highly abundant and metabolically important glial cell type. In particular we aim to elucidate the effects of aging on cellular energy metabolism and neurotransmitter homeostasis, focusing on metabolic functions unique to the astrocytes.

Understanding the processes and identifying the molecular entities involved in brain aging is crucial to be able to design pharmacological interventions counteracting the detrimental effects of aging on learning and memory functions.

How does the brain control energy homeostasis- at the same time always being prepared for signaling while not wasting energy?

In the brain energetics project we investigate mechanisms regulating neuronal and astrocytic energy expenditure and production.

We use neurons and astrocytes in culture and isolated mitochondria to monitor respiration, ATP production, calcium signaling and membrane potential changes under different stimuli.

We aim to gain a better understanding of brain energetics to enhance knowledge about mechanisms involved in pathological states such as ischemia after stroke and neurodegenerative diseases.

Glutamate is the most abundant excitatory neurotransmitter in the central nervous system. Glutamate is unique as neurotransmitter due to its abundance and its central role in intermediary carbon and nitrogen metabolism. Glutamate metabolism in the brain is compartmentalized and neurons are completely dependent on the ability of astrocytes to synthesize glutamine, the glutamate precursor.

In order to unravel this we use transgenic mouse models in which key proteins are knocked out. We map metabolism employing 13C and 15N labeled substrates, in mice, acute brain slices, in cultured astrocytes and neurons and in synaptosomes. Brain energetics is investigated in isolated mitochondria using the Seahorse technology and on-line ATP assays.

Brain metabolism is challenged in hepatic encephalopathy due to an increased brain ammonia level. Astrocytes are believed to be the major assimilators of ammonia in brain via glutamine synthesis. But how do neurons cope even small amounts of ammonia, we are investigating neuronal nitrogen metabolism in a mouse deficient of their only enzyme assimilating ammonia, namely glutamate dehydrogenase.

In collaboration with NaBIS Nano Bio Integrated Systems, Danish Technical University, we develop novel culture systems in order to improve the in-vivo like characteristics of neurons and astrocytes in culture. We are focusing on 2 different approaches, the development of dynamic superfusion systems and 3D matrix, both to gain biological relevant in vitro environments. 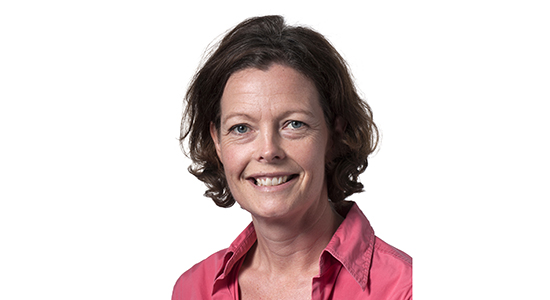