Bruker ultra-shielded standard-bore magnet equipped with a 5-mm BBFO probe. The BBFO probe head allows detection of a range of different nuclei in automation - from 31P, 15N, and 13C to 1H and 19F. This instrument is also equipped with a Bruker SampleCase autosampler with 24 positions, and operated by Bruker IconNMR. Data are automatically sent to the user by e-mail and uploaded to an internal file server.

Please, send a mail to Emeritus Professor Søren B. Christensen when you are about to acknowledge the use of this instrument

" Acknowledgements: NMR equipment used in this work was purchased via grant from The Lundbeck Foundation (R77-A6742). 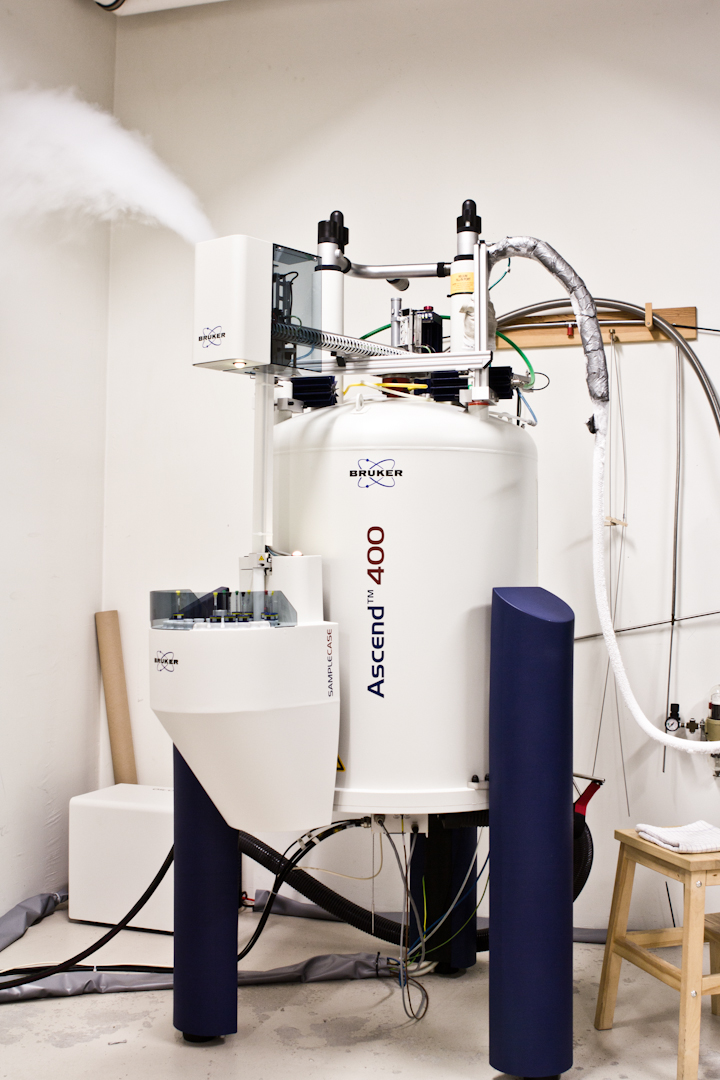